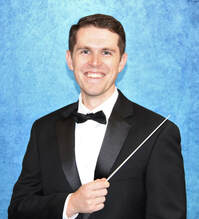 Aaron Kennedy is the Director of Bands at Downers Grove South High School. He conducts or assists with each of the curricular concert bands on campus, the Wind Ensemble, Wind Symphony, Symphonic Band, and Concert Band. Additionally, Mr. Kennedy is the director of the Marching Mustangs and oversees performances of all the athletic band performances. He also teaches the Jazz Lab Band at South High School.

Prior to joining the Downers Grove South music staff, Mr. Kennedy was first hired as the Assistant Band Director in O’Fallon CCSD 90 in 2017. He taught the 7th and 8th grade bands, District 90 Jazz Bands, 5th grade beginner classes, and assisted with the Marching Panthers at O’Fallon Township High School. In 2019, he was appointed to the position of Associate Director of Bands at Lockport Township High School.  At Lockport, Mr. Kennedy conducted the Symphonic and Concert bands, which consistently earned Superior Ratings at various regional festivals. Additionally, he directed the LTHS Jazz Ensemble and Marching Porters.

Before joining D99 staff, Ms. Hicks served as Director of Bands and taught Music Industry and Technology at Morris Community High School for two years. There she taught all Concert Bands, Jazz Bands, and Marching Bands. She also built the beginnings of an accessible and flourishing digital music curriculum. Prior to her position at Morris, she taught music in the Joliet Public School District. In her career, she has also served as Brass Technician for Victor J. Andrew High School Marching Band and Social-Emotional Learning Liaison in D86.

In her teaching, she prioritizes making music accessible, writing strong curriculums, and serving the whole-child. Ms. Hicks has experience writing comprehensive curriculums from start to finish at all levels of public education, and she holds certifications in yoga and mindfulness. In her free time, she loves to attend concerts, basketball games, and spend time with her pup named Irie.​ 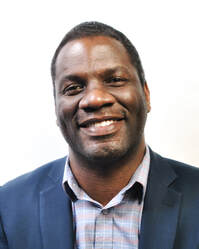 ​Jerry Lowrey serves as Fine Arts Department Chairperson at Downers Grove South High School. He studied saxophone and jazz pedagogy at Northern Illinois University under the instruction of Professors Ron Carter and Steve Duke. He then received his Bachelor’s Degree in Music Education from Roosevelt University, and earned his Masters Degree in Educational Leadership from Northeastern Illinois University.

Mr. Lowrey has served as band director, department chair, and assistant principal in Palatine District 211 and Lagrange District 105. Prior to teaching, he was chief engineer and executive producer for several independent record labels in Atlanta, Georgia. He has worked with many talented artists including Phil Collins, Quincy Jones, and Chaka Khan.

In recent years his focus has been on raising awareness and facilitating growth in the areas of jazz pedagogy, student empowerment, and equitable practices in education. He is heavily involved in the community and has collaborated to raise over $20,000 for charities through many outreach programs. Mr. Lowrey has been a member of the Jazz at Lincoln Center Band Director’s Academy and works as clinician and adjudicator throughout the Midwest region. He spends most of his free time coordinating jam sessions with his wonderful wife Ellen and his little boys Nile and Sage. ​